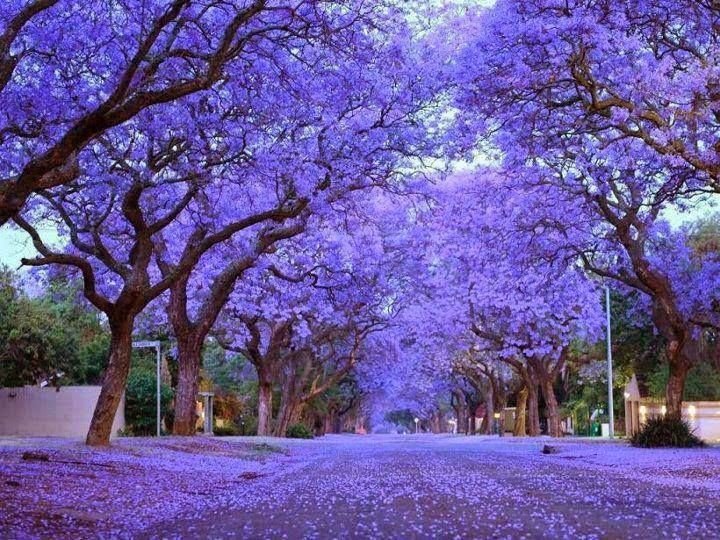 Pretoria is NOT boring!

We’ve found that many tourist who visit South Africa, hardly visit Pretoria… Its either Cape Town, Johannesburg or Durban. As much as there are many other provinces to go to when visiting South Africa, we think it would be criminal not to tour the very historic City of Pretoria.

Pretoria (Xhosa: E-Pitoli) is a city in the northern part of Gauteng province in South Africa. It straddles the Apies River and has spread eastwards into the foothills of the Magaliesberg mountains. It is one of the country’s three capital cities, serving as the seat of the administrative branch of government (Cape Town is the legislative capital and Bloemfontein the judicial capital), and of foreign embassies to South Africa.

Pretoria is named after the Voortrekker leader Andries Pretorius, and within South Africa sometimes called the “Jacaranda City” due to the thousands of jacaranda trees planted in its streets, parks and gardens.

Not visiting Pretoria during your stay in South Africa would be similar to not having the urge to visit the White House while in the Unites States of America. Pretoria showcases our culture and history with many monuments and museums, giving visitors a special insight into what has shaped South Africa and her people.

It has the hustle and bustle of a modern metropolis, but it also has a small-town feel to it. It’s not as busy as Johannesburg, not as chilled out as Cape Town or Durban and contrary to popular belief, there’s actually stuff to do on the weekends.

These are the reasons we think Pretoria is NOT boring.

If you can’t live on the beach in Gauteng, why not bring the beach to you? This is what water innovation company Crystal Lagoons would like to achieve through a new partnership with Balwin Properties – construct and operate South Africa’s first eco-friendly Crystal Lagoon in the new The Blyde at Riverwalk Estate, located in Pretoria East.

According to Alastair Sinclair, regional director for Africa, “the Crystal Lagoon will be a key selling-point to the development, and will be the first lagoon to feature our game-changing technology and unique concept in Sub-Saharan Africa.”

It will be bigger than two rugby fields combined.

The Crystal Lagoon also promises to be an eco-friendly attraction. It can be filled with fresh, brackish, or even salt water and uses 2% of the energy of standard pool filtration technologies, and 100 times fewer additives.

While it’s unlikely to replace the seasonal exodus to coastal hotspots, Pretoria’s new ‘beach’ and residential complex provides an unusual oasis for residents of The Blyde. The project, which was spearheaded in partnership with Crystal Lagoons in 2016, cost an estimated R4.2 billion to construct and is only accessible to residents of The Blyde.

While The Blyde’s lagoon is definitely the main attraction, other facilities include a restaurant, gym, spa, concierge, laundromat, and multi-purpose sports fields. Residents can enjoy swimming, kayaking, paddle boarding and sailing on the lagoon.

This event that happens on Boxing Day each year has people driving from all types of places just for a good time in one of Pretoria’s townships, Atteridgeville. an event that has become a Boxing Day tradition hosted at the Lucas Moripe Stadium in Pretoria, Tshwane. This event has become a part of the community’s culture and attracts at least 10000 music and entertainment lovers every year.

Founder Nqobi Makhanya said when it started 10 years ago, it was a gathering of friends and DJs who got together in the home of one of the founders, but now the culture has grown so much that people make sure they are prepared to bring cooler boxes and gazebos to relax in their all white outfits, have fun and watch live music performances the day after spending Christmas Day with their families.

Their 10th annual cooler Boxing Day had a lineup of South Africa’s well know artists such as Casper Nyovest, Nasty C, A Reece, Lady Zamar and so many more. This cooler boxing day is well on its way to being names a national event.

The new Nkomo Village shopping centre opened in the same township in 2018 with its first Macdonalds will definitely bring more people to this side of Pretoria.

Pretoria is home to the biggest mall in South Africa

We know many think that Mall of Africa is the biggest mall in South Africa but we have to burst the bubble of all the waterfall lovers for a minute. Menlyn Park, Pretoria, is quietly becoming the largest shopping centre in Africa, usurping Durban’s Gateway Theatre of Shopping. This multi-level centre boasts a large base of international brands and flagship anchor stores. Menlyn Park has set new standard of becoming the biggest centre in Africa after undergoing a redevelopment of R 2.5 Billion.

With its recent expansion and refurbishment, Menlyn has a GLA of over 177 000m2, an option of 16 parking entrants and 12 parking exits and 8250 parking bays. Menlyn Park continues to strive to bring you even more of the best shopping, dining, entertainment and leisure experiences, in a world-class mall that expresses a unique modern design and uses innovative green building to enable excellent, efficient operations.

Mall of Africa, located in the recently constructed Waterfall City in Midrand is 130,000m². It has about 300 stores. It is, nevertheless, the largest mall to be built within a single phase. Durban’s The Pavillion is the next largest mall in SA, given its 120,000m² size. It is followed by Centurion Mall and Cresta, which are 105,000m², and 104,000m² respectively.

Pretoria boasts the longest urban street in South Africa. Church Street, now subdivided into Stanza Bopape, Helen Joseph, WF Nkomo and Elias Motsoaledi streets, is a whopping 26 km in total and is also one of the straightest urban roads in the world. 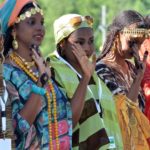 5 customs only people from Djibouti understand

Church Street has an exceptional historical meaning and is steeped in symbolism; it is everything that a main street should be, running through the city centre and throughout the length of the city. Church Street is the ideal avenue for the start of a pedestrian boulevard movement across Pretoria.

It plays an important role in the daily undertakings in this dynamic city. Any interventions done in such an important environment must directly separate and identify the wants and needs of the respective users without negatively influencing the human environment. The underlying philosophy of this project is to not only upgrade the environment and to add to social, cultural and economic aspects, but also making this project act as a catalyst and stimulating further developments.

The importance of nature and natural elements in an urban setting cannot be stressed enough. Adding green zones improves the serenity and helps to reduce the feeling of chaos presented in city centers.
The Church Street Mall enjoys some of this city’s heritage, thanks to its convenient locale. The pedestrian street on which it is perched (not surprisingly called Church Street) is the address of many of the historical buildings of the town.

Those strolling down the street will also likely enjoy the welcome shade cast by the impressive stinkwood trees that flank the road. The Church Street Mall itself is brimming with interesting shops and stalls. Here, visitors and locals can glean African curios, which lie alongside tapestries, sculptures, jewellery, exquisite dyed textiles, and contemporary art pieces.
This mall gives visitors from all over the world the opportunity to shop to their heart’s content while meeting local folk and being part of the unique and unforgettable South African experience.

The statue of Nelson Mandela in the Union Buildings grounds, Pretoria, Gauteng is a bronze sculpture of former President of South Africa and anti-apartheid activist Nelson Mandela. The statue was unveiled on the Day of Reconciliation (16 December 2013), bringing the official mourning period of ten days to a close, after Mandela had died on 5 December.

The statue is 9m high, making it the tallest statue of Nelson Mandela in the world. It is made in bronze and weighs approximately 3.5 tonnes. The engineering work was carried out by the Knight brothers at Sculpture Casting Services Foundary in Cape Town. The legs and arms were cast in Nottingham road, KwaZulu-Natal.

The statue is located in front of the buildings on a spot that used to belong to the statue of J.B.M. Hertzog who was the Prime Minister of South Africa from 1924-1939.The statue was taken down on 22 November 2013 and moved to a different location in the grounds.

Visit Pretoria.co.za for all you need to know about the city, what to do, where to stay, where the night life is and more.