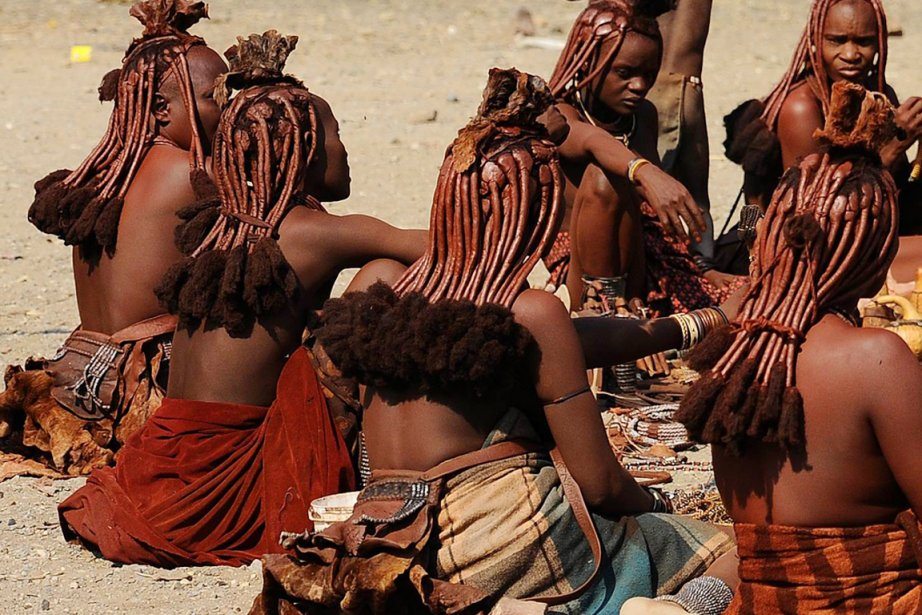 A few African cultures and traditional practices have been greatly frowned upon and stopped while others continue to stir up controversies. One such cultural practice is the “Okujepisa Omukazenda” among the Ovahimba and Ovazemba tribes in northern Namibia.

This practice, referred to as “Okujepisa Omukazendu”, is common among Ovahimba and Ovazimba tribes in the Kunene and Pomusati regions, nomadic tribe in Namibia. These communities are largely isolated from the rest of the country. They have resided the trappings of modern life, they keep livestock, live off the land and practice ancestral worship. Many still reside in pole-and-mud huts and both men and women go bare chested. The phrase, “Okujepisa Omukazendu”, literally means “offering wife to guest”. It is a practice where a man decides to please a friend or a highly esteemed guest by allowing him to sleep with his wife the night of his visit.

That practice night, the husband has to sleep in another hut altogether and in a situation whereby there is no other hut or room, he will sleep outside. Many might think that this practice is absurd or just plain evil but one thing we would always need to remind ourselves is that, that is their “normal”. Young boys and girls grow up knowing only that, the preservation of their culture is something we think is beautiful. Women who are borrowed to their friends or guests would be shocked at those who refuse to practice this cultural obligation as they find it to be more of a privilege.

For centuries the tribes have done it. Men who are friends can come to an agreement and let each other have fun with their wives. Surely, swapping exists in many countries. Some couples try it to prevent cheating and allow each other the freedom they need in sex.

This practice has been in place for generations in these Namibian communities. It started raising some global dust when Mr Kazeongere Tjeundo made a move towards soliciting for enshrining it init The Namibian Constitution. He argues that it should be made legal with some reasons which he felt are enough. This is what he said:

Its a culture that gives us unity and friendship, its up to you to choose [among] your mates who you like the most… to allow him to sleep with you wife, we just need to research more on how the practice can be regulated.

The headman of Oukngo Village, Uomiti Ruhozu, also said there is no reason why they should discontinue the ancient custom of sharing wives. He said HIV/AIDS can also be contracted by cheating spouses not in open relationships. According to Rohuzu, most men and women in Namibia already have more than one partner who they meet secretly, but the Ovahimba and Ovazimba men take away that secrecy aspect to relive their woes of stress and fear of being caught cheating.

They do not see it as a big deal, some say it helps to strengthen their friendships and reduces promiscuity, while others avow that it brings in variety, thereby making their marriages stand the test of time. It is left only in the discretion of the man to decide who to offer his wife to or not. The wives in this process has very little or no say in the matter, she has to humbly and wholeheartedly submit to the arms of the man she is offered to wether she likes him or not.

The chief of the otjikaoko Traditional Authority, Uziruapi Tjavara, is also strongly defending the customary practice of sharing wives with friends, despite its high potential of spreading HIG-AIDS. This is what he had to say about the matter:

Sharing of wives is a unique traditional custom that smothers jealousy amongst both sexes and strengthens friendships. Hence, I advocate its continuation, together with HIV-AIDS education to minimise infections.

Some women in these communities give full support to the continuation, one woman says: “I did it this year, she said, and “I have no problem with the arrangement”. Its good because its part of our culture, why should w change it”. 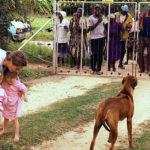 Who does Africa really belong to?

They insist the custom does not violate the rights of women, noting that women are also free to choose partners for their husbands – even if this rarely happens in practice. 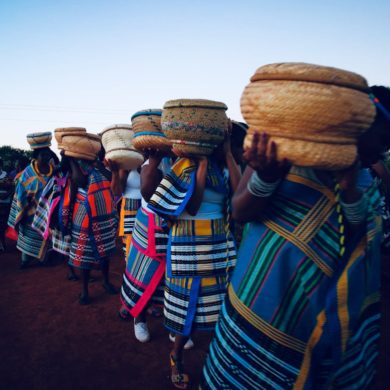