Ephasini Lamabhudango is a film about the celebration and reimagining of a Ndebele woman in modern day Johannesburg who dares to be her true self. in a bold approach to reclaiming her space she ventures through the streets of Jozi with with her own purpose of crossing Mandela bridge dressed in her traditional attire.

Ndumiso began his Directing career at the helm of a few of South Africa’s most loved Tv shows before moving into the world of branded story telling.

Ndumiso is also known as Omowale a Yoruba name given to him by Nigerian Artist and Chief Madame Nike Okundaye meaning “the child has come home”, driven by a Passion for people, food, culture and an addiction to constant creating that is only sobered by 15 minute power naps 8 hours apart.

if you look closely the side profile of his head is shaped like the greatest continent on earth so its only natural that Ndumiso has shot in over 40 African countries and driven through the continent from Cape Town to London by car massing an unparalled understanding of culture people landscape and cuisine …a seeker of African gems in all forms of their glory, from the stories of the ancient griots of West Africa to the future of Africa’s rich canvas 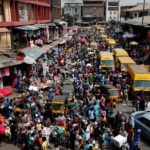 “Making a film like this is always fun. It’s like looking at the most amazing ingredients and knowing whatever it is that you’re about to prepare will be amazing. Dumisani Mvumvu – the film’s producer and Tsholofelo’s long time producer – formally brought us together for this project and as we began discussing it and how we would execute it, everything came to light. Originally this project was going to be a set of stills but we are just too damn creative to tell this story in just stills. The film itself is kind of an evolution of creative minds pushed by the controlling idea that “Tsholofelo is a brilliant minded Ndebele girl existing on so many levels most of which don’t accept her as she is…”

I really want people to watch [the film]. It’s only a few minutes long and I couldn’t be happier at its length. To tell the story first is always the goal. Genre and timing are an institutionalised form of the medium and we live in a beautiful time where the digital platform has given us the opportunity to to push our expressions way outside of linear convention and expectation. For lack of a better word the medium is no longer “elitist” and so art and visual expression in conversation can truly flourish. The film is a conversation that keeps adapting itself to our collective thought.” 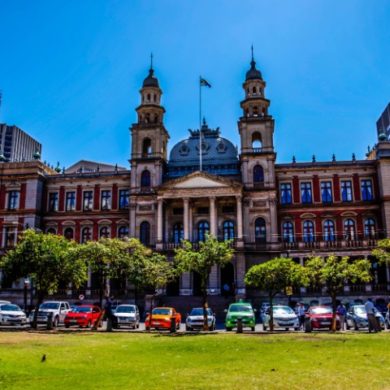