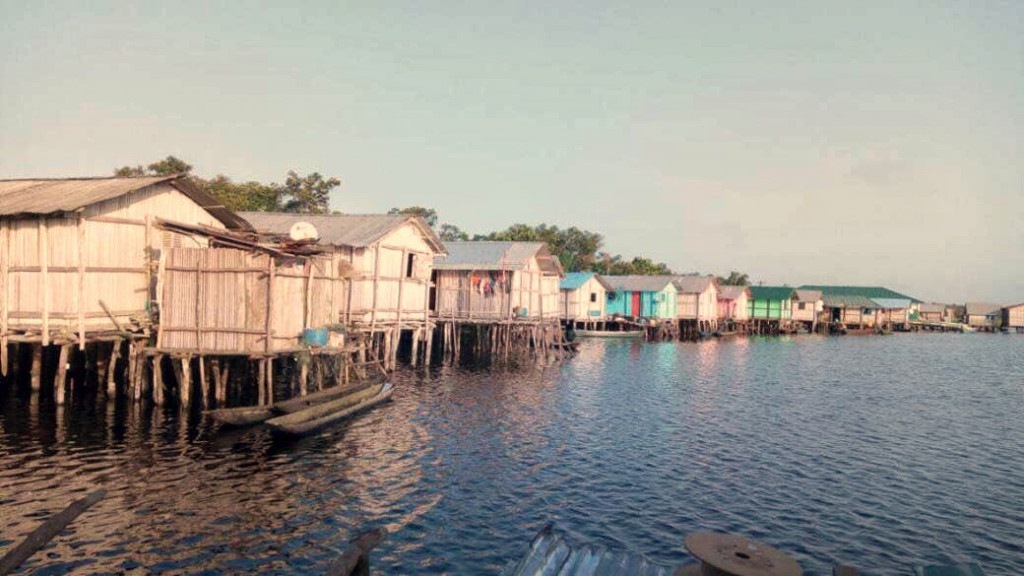 Some 360 kilometers (224 miles) west of the capital Accra lies the village of Nzulezo. In the local language the name Nzema means “water surface” – very appropriate as the 500-strong community lies just above the dark waters of Lake Tandane. Nzulezo is the only village in Ghana built completely on stilits and is often referred to as “Ghana’s Venice.”

In 2000 Ghana nominated Nzulezo to be added to the UNESCO list of World Cultural Heritage sites, saying the village was a perfect symbiosis of man and nature: in addition to being one of the few ancient settlements on stilts and platforms left in the world, there is a preserved wealth of local traditions connected with the cult of the lake. No harm is done to the sensitive ecosystem. The Amansuri Wetlands, where the lake is situated, have an impressive range of flora and fauna. Countless rare bird species live here as well as monkeys, crocodiles and turtles. Lake Tadane occurs on the banks of all religious rites, and Thursday, is a day sacred to the lake, and it is forbidden to use and work on the lake for any activity throughout the day of Thursday.

In recent times the village has been opened to tourism, but with certain constraints (visitations are allowed only once a week). The village can be reached only by a canoe; the route, which crosses the rain forest, takes about an hour to 5 km away. In the village there is a church and a school. As the village is extremely isolated, Nzulezo suffers from numerous health problems, including the vast spread of malaria

According to legend, the ancestors of Nzulezo’s inhabitants were from the ancient Ghana Empire in today’s Mali. In the 15th century, after a war fought with the Mande people over their fertile land and gold, they had to flee. Their god, it was said, appeared as a snail and led them to today’s Ghana. But they were repeatedly forced to move on by other ethnic groups or by slave traders.

The ancestors of the Nzulezoans continued to follow their god, the legend says, until they finally reached Lake Tandane. Here, after fleeing for many years, they did not need to fear further attacks. The lake would protect them against enemies and fire and would also provide food, their deity told them before placing them in the hands of the water god.

Since then, the Nzulezoans have worshipped the water god. This shrine was built to honor him. Tuesday is considered to be a holy day, when fishing is not allowed. And women may not cross the lake when menstruating, they have to stay in the village. Many villagers abstain from eating snails out of respect for the god of their ancestors.

Today, some 500 people live in the typical huts built from branches of raffia palm. Individual huts are linked by wooden platforms. Each family has its own street. They have electricity, satellite TV, a mobile phone network, and thanks to the project of a foreign oil company, they now also enjoy clean drinking water.

Teachers are provided by the government, most are university graduates who are sent to Nzulezo to widen their experience. But few stay long, they find life in the village too boring. For this reason, some village residents are now being trained as teachers. “They are familiar with life here and don’t disappear from one day to the next,” says Nana Ette, son of the village chief. 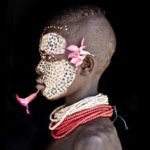 Whats behind the Tribal makeup?

Akyaa is making peanut paste for the midday meal. Behind her is smoke from the fire where mashed cassava will be cooked later. Since the wooden platforms are not fireproof, the women use traditional clay ovens to cook, like the ones used on the mainland. Toilet facilities in the swampland are built on a solid clay floor. Excrement is used as compost.

The villagers live from and with the water of the lake. The many fish provide them with their main source of protein. Boys learn at an early age how to repair and store the nets and how to build dams. “No food for lazy men” is a Ghanaian proverb that sums up the life of the fishermen here.

References:
Made for Minds: Ghana’s village on stilts
Wikipedia: Nzulezo 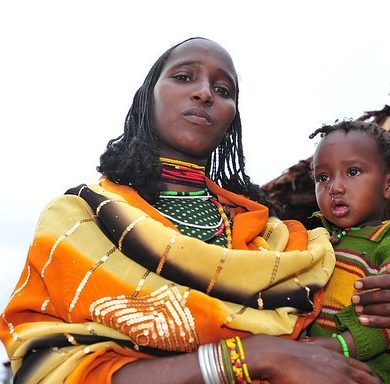 Meet the Borana people of Ethiopia and Kenya who wait 2 to 3 years before naming a child.