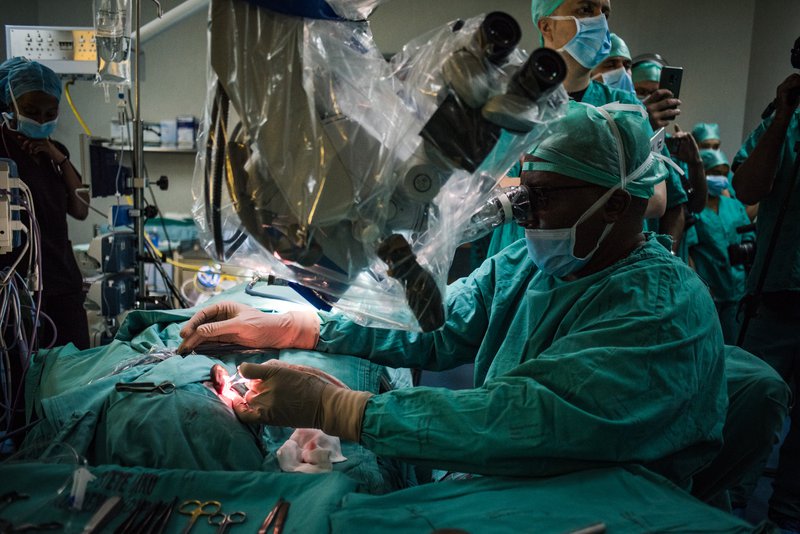 A team of South African doctors have pioneered world medicine, when they became the first ever to successfully transplant a middle ear using 3D-printed muddle ear bones.

Head of the department of ENT (Ear, Nose and Throat ) at University of Pretoria medical school, Professor Mashudu Tshifularo and his medical team performed the breakthrough operation at the Steve Biko Academic hospital in Pretoria, South Africa.

Thanks to the groundbreaking surgery, a 35-year-old man will fully hear again after his ear was damaged in a road accident.

Lead surgeon, Professor Mashudu Tshifularo explains that the patient’s hearing had been severely compromised because of the damage to the middle ear bones.

The man was involved in a motor vehicle accident and damaged all the bones in the middle ear.

Mashudu Tshifularo, Professor at the Faculty of Health – University of Pretoria

Specialists performing transplant surgery on a patient born with underdeveloped middle ear, replacing hammer, anvil, stirrup & ossicles that make up the middle ear. 3D-printing technology is used to print these bones and is used in surgery to reconstruct the ossicles.

Professor Tshifularo, from the University of Pretoria’s Faculty of Health Sciences, has spent 10 years investigating how to find the right prosthesis for this type of surgery. He found that 3D technology was the best solution.

Two years ago, I started to see that 3D printing is the way to go. I met with some of my collaborators who agreed we can do this thing. Then the idea became real.

Mashudu Tshifularo, Professor at the Faculty of Health – University of Pretoria

The middle ear bones have been printed out of titanium and Professor Tshifularo foresees that the prosthesis will become accessible to everyone who needs it.

“This was one of our patients we have been waiting for, for this reconstruction for almost three years now because they are not affordable.”

The professor says this surgery has pioneered a new approach to treating a middle ear problem and rehabilitating sound.

With this 3D technology, Tshifulara says the operation needs to be affordable for patients who are using public hospitals. 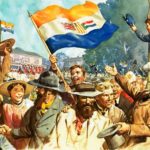 The birth and death of the Union of South Africa.

“It also means that we have done something new in the world and people will remember us for that.

“Because we are doing it in the country and we are going to manufacture here, it has to be affordable for our people in state hospitals.

“It will be very accessible because as long as we can train the young doctors to be able to do this operation, then it will be accessible for them as well,” Tshifularo said.

Tshifularo expressed how blessed he is to be the first in the world and Africa to perform the transplant, making reference to Chris Barnard who performed the world’s fist heart transplant in Cape Town in  1967. 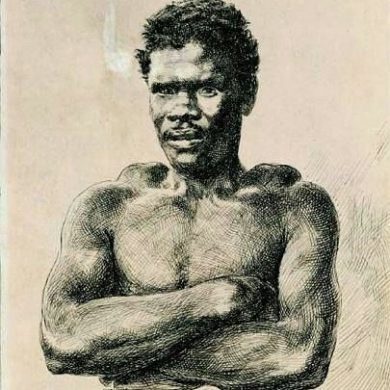