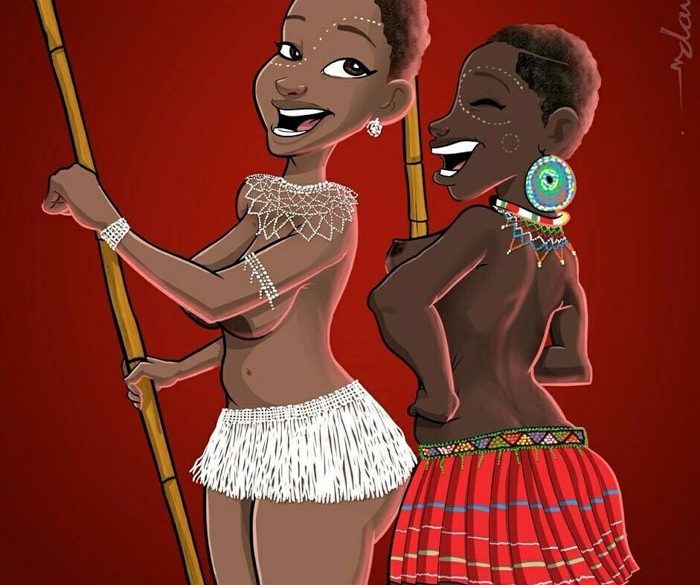 Dav Andrew is a seasoned South African designer, illustrator and colorist who, in his own words, wants to “bring positivity and light to important subjects like African spirituality, black love, colorism, celebrating liberation heroes and telling stories from the black experience.” He does this by conjuring illustrations of reimagined and Afrofuturistic figures of South African cultures. For instance, in his latest series, he reimagines South African tribes’ attire with a touch of Afrofuturism.

Please tell us about the series you are currently running where you say you want to “create an Afrocentric Afrofuturistic idea of Africa.”

Yes, so I think it’s up to us to create a future idea of Africa. In the 1920s and ’30s, American futurists would create concept art of technology, fashion, flying cars, etc.—things they thought would exist by the year 2000. And based on those sketches, we saw generations of scientists, doctors, architects, engineers try to realize those dreams because they grew up inspired by those images. If you think about it, we’re still thinking about when flying cars will finally come around. So what they did was really impactful for the generations that came after them. I want that same future and inspiration to young African kids, but, at the same time, I’m trying to use only African influences, and it’s really tricky, but I want every image to be as purely African as I can get them to be.

“I tried to use African influences only to create Afrocentric Afrofuturistic fashion design.
It is of my thinking that we Africans must be able to see a future where we can still be ourselves and celebrate our culture infused with communications or defensive tech. Wakanda gave me so many ideas. But then I realised we have so much to use right here in Mzansi and even further north in Africa.”

Dav Andrew is a Designer, Cartoonist and Illustrator living in Cape Town, South Africa who designs, paints and illustrates in a true reflection of urban South Africa. He’s also one of the top caricaturists in the country. Having studied Graphic Design at Cape Peninsula University of Technology in Cape Town, he now works as a Art Director, illustrator and freelance graphic artist and has previously done Internships at renowned /A Word of Art and One Horse Town Illustration Studio. During The 2010 Fifa World Cup, he worked under Ricky Lee Gordan at /A Word of Art Gallery in Woodstock, under the Adidas Three Stories Event, which ended up being voted as a finalist at the 2010 South African Loerie Awards, which opened he’s path for illustration and caricature art and design.

His work truly speaks for itself and makes African’s proud of who they are, connecting us to our heritage in a modern approach using art. 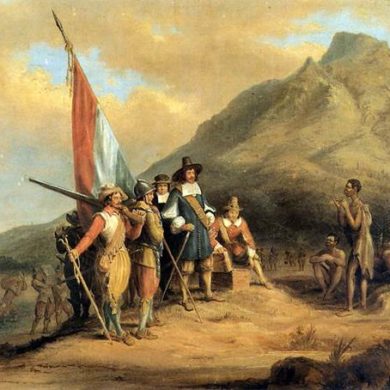