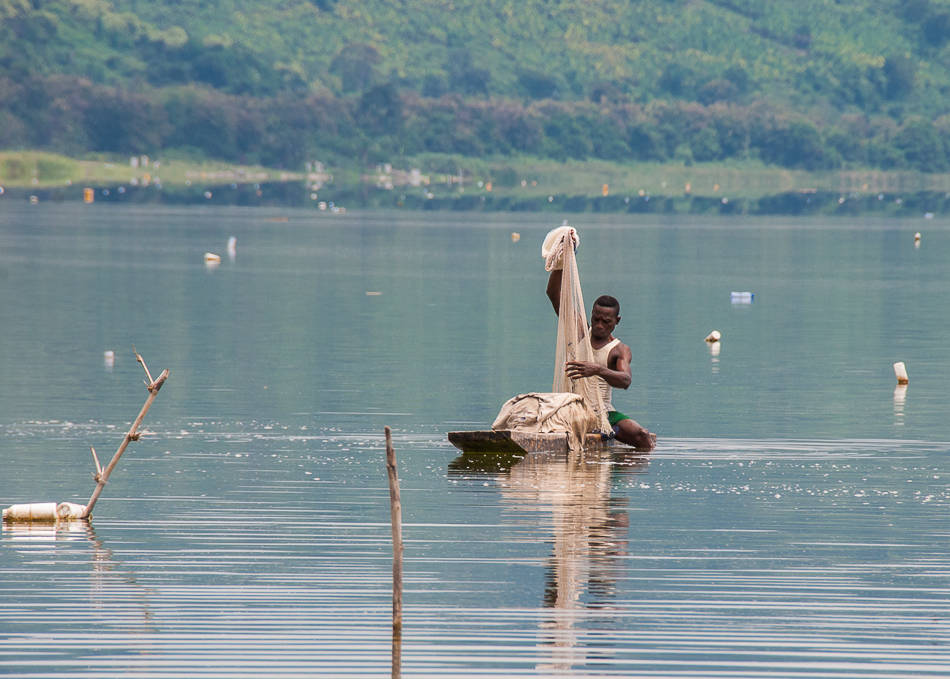 Lake Bosumtwi: The only natural lake in Ghana.

About 30km southeast of Kumasi (i.e. 45 min in a taxi), Lake Bosumtwi is the largest natural lake in Ghana and lies within a crater formed by a meteorite impact. The lake makes for a beautiful escape, surrounded by mountainous crater walls in vivid shades of green perfect for walking, bird watching, and canoeing.

Besides its natural beauty, there’s an ever present mystical feel in the air accentuated by the soft fog over the lake, stillness of the water and complete silence apart from the occasional flapping sound made by the local fishermen.

Considered sacred by the locals, the lake is supposedly where souls of the dead come to bid farewell to the god Twi. Due to these local beliefs it is only allowed to fish from wooden planks (padua) on the lake and is considered taboo to touch the water with iron or any metal (i.e. modern boat). Fishermen use their hands, or plates in their hands, to propel themselves.

Legend of the Lake

The legends say that in 1648 an Ashanti hunter named Akora Bompe from the city of Asaman was chasing an injured antelope through the rainforest. Suddenly, the animal disappeared in a small pond. It was as if this body of water wanted to save the animal’s life. The hunter never got the antelope, though he settled close to the water and started catching fish. This place he named “Bosomtwe”, meaning “antelope god”. This story suggests that at that time the lake level was very low. The large dead trees standing offshore in the lake also evidence this, for they are over 300 years old.

The following centuries saw several wars about the lake as both the Ashanti and the Akim clashed, each claiming the area. The Ashanti prevailed. Each village in the lake area has its own shrine or fetish grove. With the arrival of Christianity, some of people gave up former beliefs, though many continue to seek traditional help in bad times or against diseases.

The lake is currently surrounded by 22 villages. Previous used to be 30 but the lake has shed away 8 villages already. The several tree trunks coming out of the water is evidence enough of the washed away villages and the increasing level of the lake over the time period.

The environment is serene and very peaceful, one can swim in the lake, take a boat rose or hike around as well. The communities around the lake are very welcoming and this makes hiking interesting around the lake shore. we would advice you take a guide,. Fishing and bird watching are other attractions that one can find at the lake, a wooden plank (padua) is the legitimate method of fishing at Lake Bosumtwi. 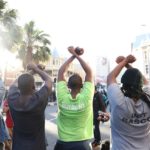 9 million eligible voters are still not registered for the 2019 elections, of which 6 million are under 30 years old.

There are a few guest houses around the lake and we’d highly recommend the Lake Point Guest House.  Set in beautiful landscaped grounds, the self contained bungalows are really charming, super clean, and just a few steps from the lake and a small beach where you can rent a boat or just relax in a hammock.

All images sourced from: Flying Fourchette 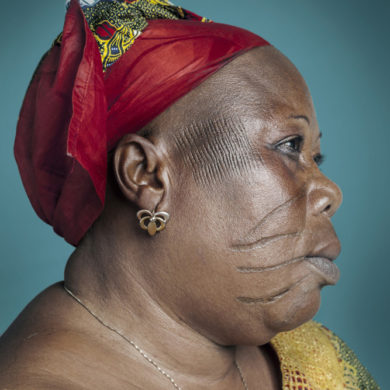 The Evolution Of Scarification.