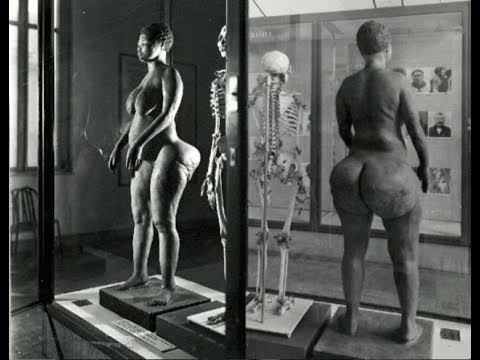 Saartjie Sara Baartman also known as the ‘Hottentot Venus’ was a famous Khoikhoi woman exhibited as a freak show attraction in Europe during the 19th century. Born to Khoisan family neat the Gambtos River, she was orphaned during a commando raid after which she was ensalved by a Dutch farmer near Cape Town. She had remarkable physical features that pronounced her femininity most specifically her large hips, backside and enlarged labial lips.

There are many details about the life of Sarah Baartman that are still either unknown or unconfirmed. This includes her birth name, her cause of death, and the extent of any agency she may or may not have had in the events of her adult life. A lot of us won’t even have even heard of her, yet her story bears a troubling resemblance to the experiences of generations of black women down the line.

The story of Saartjie’s Objectification

Sara ‘Saartjie’ Baartman was born in 1789* at the Gamtoos river in what is now known as the Eastern Cape. She belonged to the cattle-herding Gonaquasub group of the Khoikhoi. Sara grew up on a colonial farm where her family most probably worked as servants. Her mother died when she was aged two and her father, who was a cattle driver, died when she reached adolescence. Sara married a Khoikhoi man who was a drummer and they had one child together who died shortly after birth.

Due to colonial expansion, the Dutch came into conflict with the Khoikhoi. As a result people were gradually absorbed into the labour system. When she was sixteen years old Sara’s fiancé was murdered by Dutch colonists. Soon after, she was sold into slavery to a trader named Pieter Willem Cezar, who took her to Cape Town where she became a domestic servant to his brother. It was during this time that she was given the name ‘Saartjie’, a Dutch diminutive for Sara.

On 29 October 1810, Sara allegedly ‘signed’ a contract with an English ship surgeon named William Dunlop who was also a friend of Cezar and his brother Hendrik. Apparently, the terms of her ‘contract’ were that she would travel with Hendrik Cezar and Dunlop to England and Ireland to work as a domestic servant, and be exhibited for entertainment purposes. She was to receive a ‘portion of earnings’ from her exhibitions and be allowed to return to South Africa after five years. Two reasons make her ‘signing’ appear dubious. The first is that she was illiterate and came from a cultural tradition that did not write or keep records. Secondly, the Cezar families experienced financial woes and it is suspected that they used Sara to earn money.

Sara Baartman’s large buttocks and unusual colouring made her the object of fascination by the colonial Europeans who presumed that they were racially superior. Dunlop wanted Sara to come to London and become an oddity for display. She was taken to London where she was displayed in a building in Piccadilly, a street that was full of various oddities like “the ne plus ultra of hideousness” and “the greatest deformity in the world”. Englishmen and women paid to see Sara’s half naked body displayed in a cage that was about a metre and half high. She became an attraction for people from various parts of Europe.

During her time with Dunlop and Hendrik Cezar, the campaign against slavery in Britain was in full swing and as a result, the treatment of Baartman was called into question. Her “employers” were brought to trial but faced no real consequences. They produced a document that had allegedly been signed by Sara Baartman and her own testimony which claimed that she was not being mistreated. Her ‘contract’ was, however, amended and she became entitled to ‘better conditions’, greater profit share and warm clothes.

After four years in London, in September 1814, she was transported from England to France, and upon arrival Hendrik Cezar sold her to Reaux, a man who showcased animals. He exhibited her around Paris and reaped financial benefits from the public’s fascination with Sara’s body. He began exhibiting her in a cage alongside a baby rhinoceros. Her “trainer” would order her to sit or stand in a similar way that circus animals are ordered. At times Baartman was displayed almost completely naked, wearing little more than a tan loincloth, and she was only allowed that due to her insistence that she cover what was culturally sacred. She was nicknamed “Hottentot Venus”.

Her constant display attracted the attention of George Cuvier, a naturalist. He asked Reaux if he would allow Sara to be studied as a science specimen to which Reaux agreed. As from March 1815 Sara was studied by French anatomists, zoologists and physiologists. Cuvier concluded that she was a link between animals and humans. Thus, Sara was used to help emphasise the stereotype that Africans were oversexed and a lesser race. 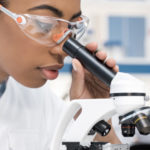 Sara Baartman died in 1816 at the age of 26. It is unknown whether she died from alcoholism, smallpox or pneumonia. Cuvier obtained her remains from local police and dissected her body. He made a plaster cast of her body, pickled her brain and genitals and placed them into jars which were placed on display at the Musée de l’Homme (Museum of Man) until 1974. The story of Sara Baartman resurfaced in 1981 when Stephen Jay Gould, a palaeontologist wrote about her story in his book The Mismeasure of Man where he criticised racial science.

Following the African National Congress (ANC)’s victory in the South African elections, President Nelson Mandela requested that the French government return the remains of Sara Baartman so that she could be laid to rest. The process took eight years, as the French had to draft a carefully worded bill that would not allow other countries to claim treasures taken by the French. Finally on the sixth of March 2002, Sara Baartman was brought back home to South Africa where she was buried. On 9 August 2002, Women’s Day, a public holiday in South Africa, Sara was buried at Hankey in the Eastern Cape Province.

*Note: Sources argue over the exact date of Baartman’s birth but most sources mention the year as 1789. 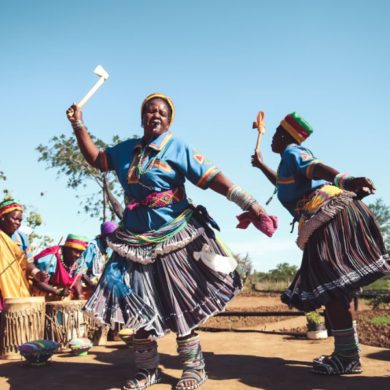 History of the Xibelani dance of the Tsonga Culture.