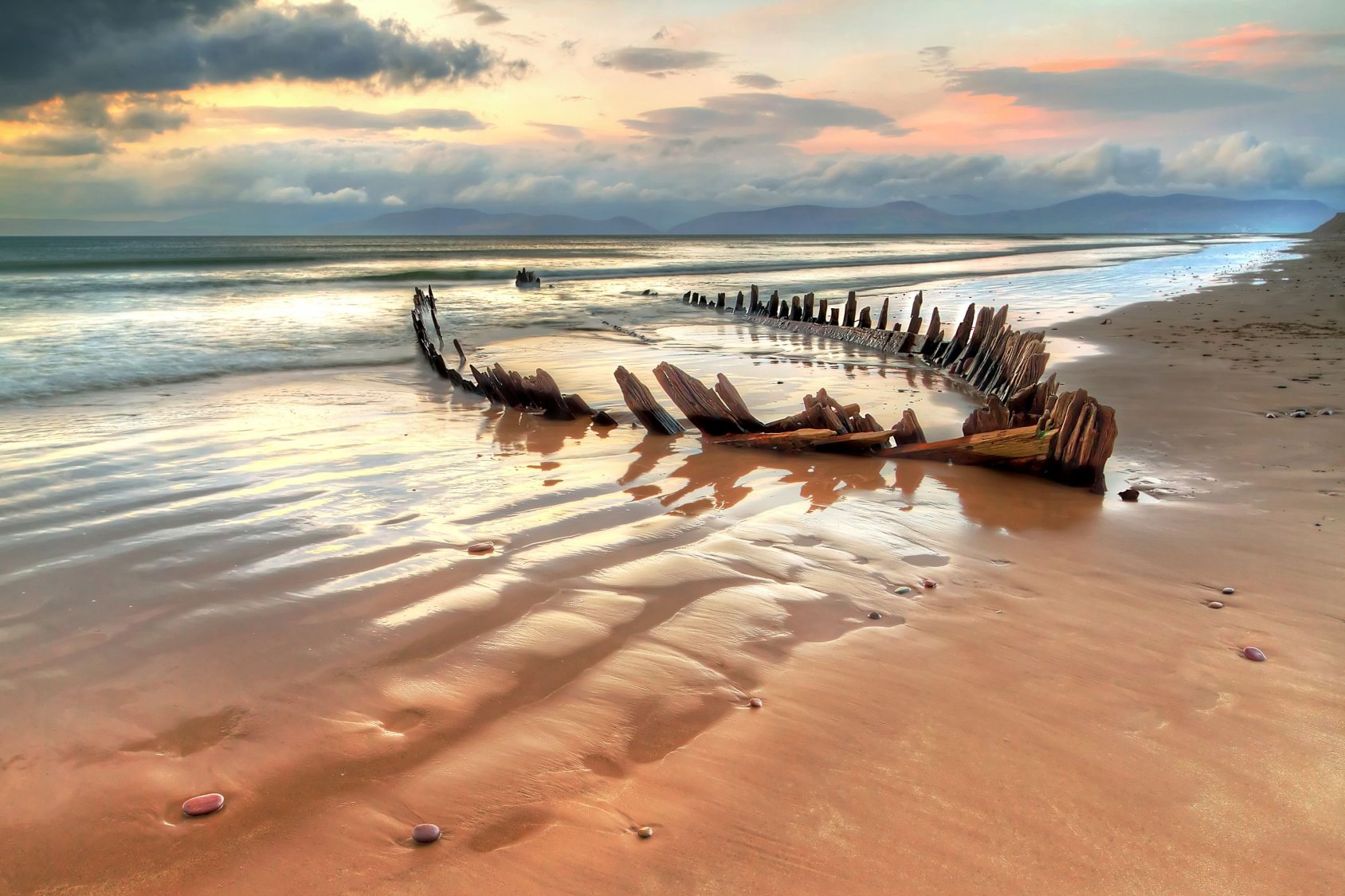 The Skeleton Coast is the northern part of the Atlantic coast of Namibia and south of Angola from the Kunene River south to the Swakop River, although the name is sometimes used to describe the entire Namib Desert coast.

The name Skeleton Coast was coined by John Henry Marsh as the title for the book he wrote chronicling the shipwreck of the Dunedin Star. Since the book was first published in 1944, it has become so well known that the coast is now generally referred to as Skeleton Coast and is given that as its official name on most maps today.

On the coast, the upwelling of the cold Benguela current gives rise to dense ocean fogs (called cassimbo by the Angolans) for much of the year. The winds blow from land to sea, rainfall rarely exceeds 10 millimetres (0.39 in) annually and the climate is highly inhospitable. There is a constant, heavy surf on the beaches. In the days before engine-powered ships and boats, it was possible to get ashore through the surf but impossible to launch from the shore. The only way out was by going through a marsh hundreds of miles long and only accessible via a hot and arid desert.

The coast is largely soft sand occasionally interrupted by rocky outcrops. The southern section consists of gravel plains, while north of Terrace Bay the landscape is dominated by high sand dunes. Skeleton Bay is now known as a great location for surfing.

Why is it called the Skeleton Coast?

A rather threatening concept… associating the entire coastline with a skeletal formation. This was not done unknowingly though. The Namibian Bushman are said to have called the coastline ‘the land God made in anger’. Similarly, the Portuguese explorers referred to it as the ‘Gates of Hell’.

Namibian citizens all know their little stretch of the Atlantic is not to be taken lightly. With the cold Benguela current running so close to their coast line, pushing the cold air into the arid heat of the Namib Desert, what else can be expected? It is perfectly unique and therefore perfectly translates into pristinely Namibian.

As per its name, the coast is littered with a variety of skeletons, both animal and ship, and every now and again human. The coastline is known to be home of thousands of lost souls, one of the most prominent shipwrecks being the Dunedin Star.

Located in the famous Skeleton Coast, Shipwreck Lodge is only 45 km from Möwe Bay. The shipwreck-shaped chalets are nestled between the dunes with a view of the Atlantic Ocean where the cold Benguela current provides guests with a refreshing breeze.

Exclusive clients can look forward to appreciating the harshness of the desert and the beauty of these solitary landscapes filled with geological history. Learn about the fauna and flora adapted to survive in these harsh conditions – all from the comfort of the restaurant deck. There are 8 twin/double chalets and 2 family chalets.

A few things you might not have known about Skeleton Coast

Anyone with a 4WD vehicle can visit the southern part of the park, but drivers are only allowed to go as far as the Ugab River Gate (196km from Swakopmund). Just 800 visitors per year are allowed to visit the northern section. Access is strictly controlled, and guided excursions are the only way to explore. Two safari companies operate fly-in safaris, which cost around US$6000 for four days (not including flights into Windhoek).

2. The Himba people live there

The Skeleton Coast is far from uninhabited — in fact, the Himba people, population 50,000 — live both in the northern part of Namibia, and across the border in Angola. To protect from the blistering sun, they apply an ocher-and-butter mix that gives their skin its characteristic reddish hue.

This is the only place on Earth where a lucky, well-timed visitor can hear the roar of the sand dunes. Air trapped between billions of grains of sand creates a low rumble that has many tourists looking up thinking there’s a jetliner passing above.

4. Its got famous shipwrecks

The Skeleton Coast is not only a final resting place for animals, it also keeps trophies of the ghostly remains of ships it has ruined. One of the most prominent and haunting examples is the Dunedin Star. In 1942, the 530-foot long British liner crashed on the shore — some blame a reef, others say it was a German U-boat. The rescue effort took 26 days because attempt after attempt failed amid the violent surf. Two crewmen attempting a rescue mission were drowned in the process. Its enormous, rusty corpse still remains. 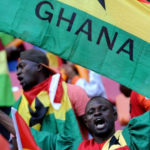 All you need to know about the Ghana Flag. 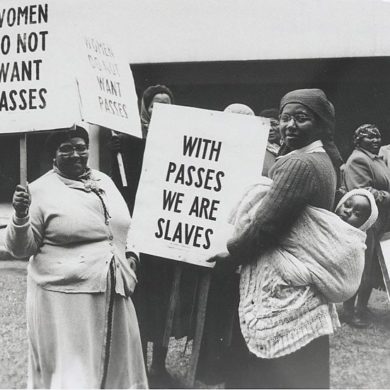