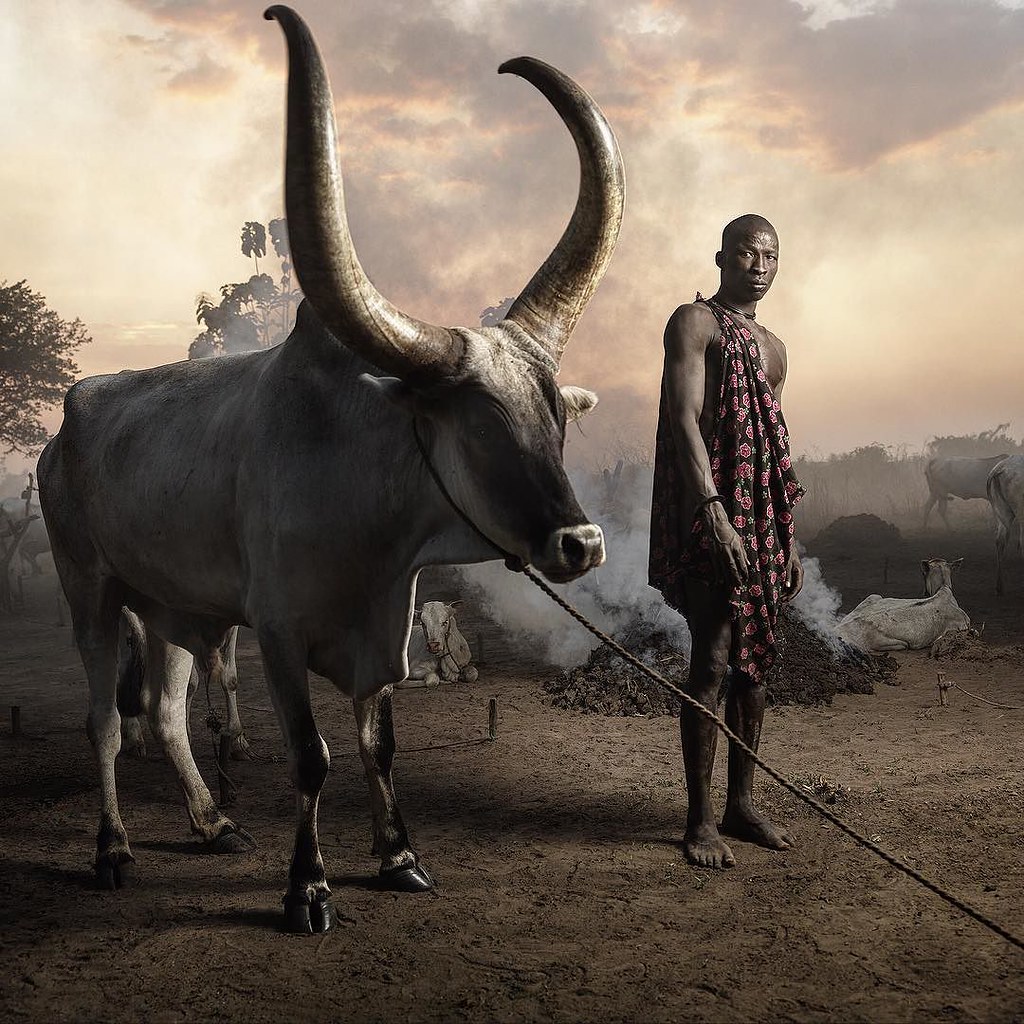 South Sudan is the world’s youngest country, and it has witnessed immense change since gaining independence in 2011. The promise of peace has given way to civil war, and tribal rifts continue to run deep, permeating political affairs. Over two million people have been displaced according to the UN, and tens of thousands killed. Amid the tumult is the Mundari, a people who would rather get on with doing what they do best: looking after their cattle.

The Mundari tribe in South Sudan are known for their cows which represent their wealth, status and dowry.

A small ethnic group composed of cattle-herders and agriculturalists, the Mundari have come to be known for their unique way of looking after their cattle in South Sudan, the world’s youngest country. So we want to take a look at a few things that make this group of people an interesting bunch, here are unique facts about the Mundari of South Sudan.

1. The love between man and beast

It would be hard to find a more dedicated group of herdsmen than the tribe who live on the banks of the Nile, north of the capital Juba. Their entire lifestyle is geared around caring for their prized livestock, the Ankole-Watusi, a horned breed known as “the cattle of kings.”

A CNN photographer Tariq Zaida who was surprised on the relationship between man and beast and reports that “their guns are not to kill anyone but to protect their herd”. However but what happens when push comes to shove? Rampant and persistent fights and killings have gradually become the major issues of the internal war they face which is slowly killing the tribe. Though this act of bravery in the face of death proves and avows their ego, making these young men more attractive bachelors for the single ladies.

These cows grow up to eight feet tall, and are worth as much as $500 each. It’s no wonder the Mundari view these animals as their most valuable assets (or that they guard them with with machine guns).Photographer Tariq Zaidi spent a fortnight earlier this year documenting their lives and the devotion they show towards these animals. Zaidi has captured tribes and indigenous people from over 30 African nations, though he was nonetheless taken aback by the relationship between man and beast.

“These animals are treated like members of the family,” says Zaidi. “When the cattle return back from the pasture they know exactly where their masters are and where their home is – they are like dogs in that way. Families will sleep with their animals, wash them in ash and make sure the ground is soft and clean for them.”

The Mundari treasure their herds of Ankole-Watusi, a sought-after breed known as ‘the cattle of kings’. Their horns can reach 8ft and they decorate their biggest bulls with tassels. “Every Mundari man I met had his favourite cow,” says Zaidi. “It is his most prized possession and a reflection of himself.”

On the banks of the Nile, just north of the South Sudanese capital of Juba, dawn breaks on a Mundari cattle camp and a young man begins his morning ablutions. After cleaning his teeth with a stick, he lowers his head under a urinating cow, tethered to a post nearby. His impromptu shower will ward off infection and has the added benefit of dyeing his hair orange.

Next he rubs the peach-coloured ash from last night’s dung fire into his own skin, and the hide and curved horns of his cattle. With the consistency of talcum powder, the ash is a natural antiseptic and mosquito repellant and offers man and animal protection from the intense heat. He sucks fresh milk straight from one of his cow’s udders, and then bangs a drum to alert the rest of the tribe. It is time to take the animals to graze on new pasture.

Stimulating the cow by blowing her is a common way within the Mundari tribe to make the cow produce more milk. Looking and smelling each other makes this ritual even more effective and intense. South Sudan 2019. 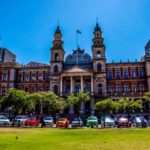 A Mundari woman (left) with ritual facial scarring, typical of their tribe, and covered in ash, a natural antiseptic which also protects the skin from insects and the sun. A Mundari man (right) wakes up next to his animals and brushes his teeth with a stick

Sources:
– CNN | The Mundari: The tribe dying for their cows
– The Guardian | The Curious Relationship Between Man And Cattle: A Case Of The Mundari Tribe Of South Sudan
– Face2FaceAfrica | Meet The Mundari People of the South Sudan who bathe in urine of cows to keep themselves clean.
– Lens Culture | Tariq Zaidi 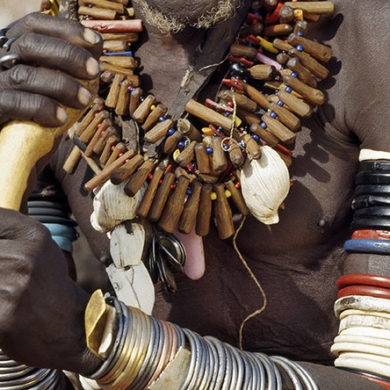 5 most interesting African traditions practiced till this day.