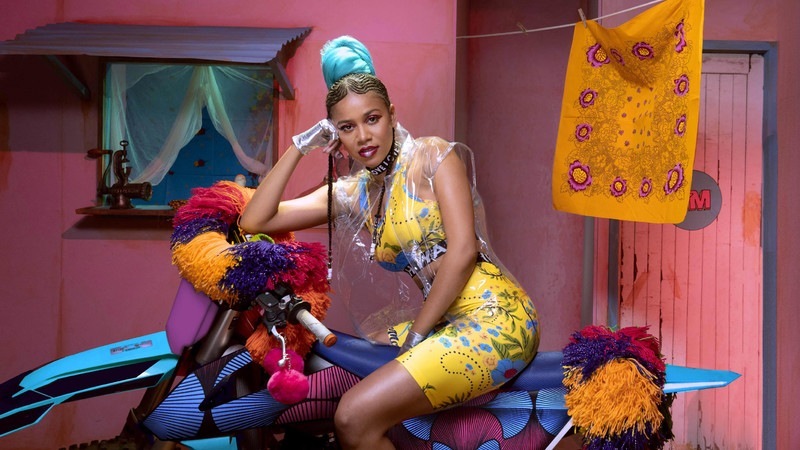 Sho Madjozi: Preserving the Tsonga Culture and Language through music.

Maya Christinah Xichavo Wegerif, known professionally as Sho Madjozi, is a South African rapper, singer, songwriter, actress and poet. Regarded as one of the best performers in Africa, Madjozi incorporates the Tsonga culture through her music and public image. We definitely see that as a new and contemporary way of preserving the Tshonga Culture and Language.

Sho Madjozi, is the new South African Queen of rap. Sho was born in the northern province of Limpopo to a South African mother and Swedish father. A village girl raised in a compound full of matriarchs, her stage name was inspired by Vivian Majozi, a fictional character on a long-running local soap. Musically, Sho experimented with different sounds, but found a good match in Gqom, the post-South African house style that has emerged as the country’s leading musical export.

Madjozi uses a Tsonga signature style concerning her music and fashion sense. Being unapologetically proud of her culture, Tsonga, she commonly plays with the traditional wear. Madjozi usually performs the indigenous xibelani dance where she wears a skirt called a tinguvu around her waist, then shakes the waist which creates attentiveness on her performances. Besides her culture-influenced style, Madjozi dismisses a colorful image with many elements attached. Superbalist writer Kenny Morifi-Winslow added, “I think there is an interesting transfer of energy when our favorite parts of public figures become the things that we hid from ourselves or tried to change”, commending Madjozi

In a country such as South Africa where heritage is eroding at the expense of civilisation, you have more of the younger generation only celebrating their heritage when they want to, or when its best convenient for them. Embracing ones culture has been something that is taboo to the youth of South Africa but thanks to Madjozi and the influence she has on the coming generation, we might see a change to that.

If someone had said years back that Tsonga was going to be part of mainstream rap, no one would have believed them.

That a woman would be at the forefront of the genre would have stirred debate. However, that’s what Madjozi, has managed to do, shaking up the norms of the industry.

It makes sense for me to rap in xiTsonga,” she says. “For me, it was an obvious thing – if you are Tswana, you rap in Tswana, if you are Zulu, you rap in Zulu. I thought it was the case, but actually I found out there are xiTsonga people in the industry who just don’t.

I didn’t think it would be a big deal but it ended up having a much bigger impact than I ever thought.

I thought maybe I would be famous in Limpopo, but I didn’t think it would reach national or international.

For Sho Madjozi, the African continent is a melting pot of cultures and that’s what has inspired her to wear her culture every day with pride.

Having lived in Tanzania and Senegal, and visited many other African countries, where culture is the heartbeat of the cities, has encouraged her to be firmly rooted in being her true self.

“I’ve been inspired so much by the African countries I’ve been to. One of the big things that everyone could already see is I wear my traditional wear whenever I want to, whereas in South Africa we’ve been famous for wearing our traditional wear only at weddings and on public holidays.

“I lived in Senegal, where you will see village people wearing their traditional outfits every day because those are their clothes. Who else must they be, if not Senegalese? Who must I be the rest of the time, if I only get to be Xonga once a month?”

As a writer, there are a lot of topics that move her, one being “blackness” and her identity. When asked what blackness means to her today, she says: “It has to be not erasing everything that I am. I can never accept a form of beauty where it’s as far away from me as possible.

“I can’t accept the idea that Africans didn’t contribute in any way to global beauty or fashion” says Madjozi in an interview with IOL.

The xibelani dance (Shibelani, Shibelana, Shibelane) is an indigenous dance of the Tsonga women of the Limpopo province in northern South Africa. The name of the dance comes from the native Xitsonga language and it can translate to “hitting to the rhythm”, for example, the concept “xi Bela ni vunanga“. The name “xibelani” typically refers to the dance style while the skirt itself is referred to as “tinguvu”, however, the term “xibelani” is sometimes used to refer to both the dance and the skirt.

The history of the xibelani dance goes way back into the early coastal times of southern Mozambique from the 1400s or earlier when Mozambican tribes were experimenting with musical instruments and particularly wooden instruments and percussion sounds from traditional drums, xylophones, and marimbas. The indigenous Chopi people became particularly active in this art and are the documented source concerning the early times of this form of music and dance, the timbila which has been registered in the UNESCO heritage archives as a Masterpiece of the Oral and Intangible Heritage of Humanity. The dance style, in essence, requires the dancer to shake the hips in tune with the rhythm but the whole body should be used to guide the movements. 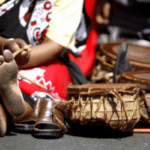 Why traditional healers are consulted first by approximately 60% of the South African population.

Xibelani dancers usually accompanied the percussion music in addition to hand clapping and whistles. When the mbila (xylophone) and swigubu (drum) players engaged in an orchestra, the Tsonga women would follow up with the singing, which was in the form of a call-and-response method, and at intervals the women would take turns to dance in front of the orchestra. The xibelani skirts of old were made with various fibers, wool, strings, and grass. The modern xibelani are often long dresses made with strong cloth which gives the name tinguvu.

In the xibelani dance, the Tsonga women tie a type of African skirt—the xibelani commonly known as “tinguvu”—around their waist and then shake from the waist. The xibelani skirt is designed to make the wearer’s hips look bigger, and thereby to emphasize the shaking. The skirt itself is made from cloth or wool and is customized with a range of colors and designs. The cloth or wool is woven either by hand or by machine and designed in the manner that it resembles a type of Caribbean skirt.

Modern-day xibelani skirts are usually designed for dancing and therefore have a swirl when the hips are shaken. The methodology of its dance style is the typical Caribbean shake, although with a faster rhythm and a more complicated dance routine that is customary for the Tsonga people. 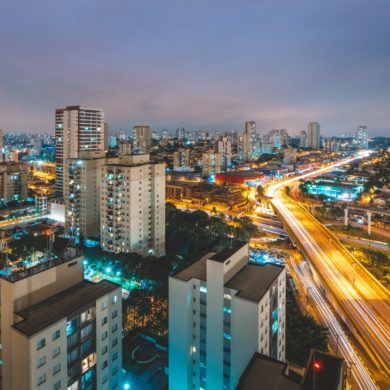 8 things South Africa has in common with Brazil