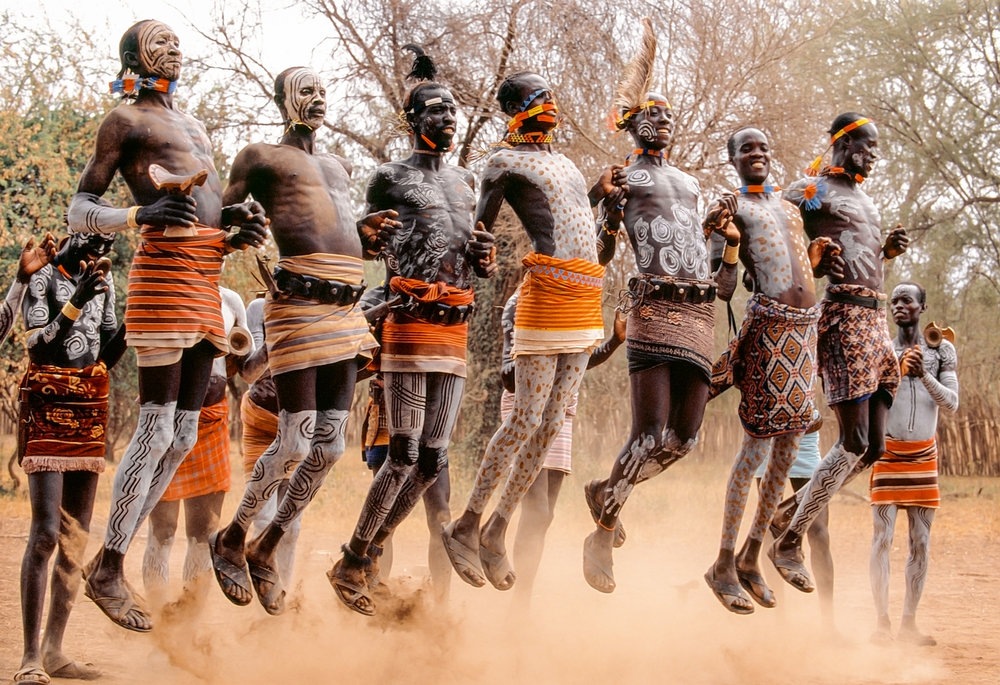 The tribes of the Omo River can be found in the remote south-west of Ethiopia. The Kara, are the smallest of eight tribes in the region; they number fewer than two thousand and live in four small villages of domed huts. They are renowned for their colorful face and torso painting, designed to attract the eye of the opposite sex during courtship season, which begins after the rains.

The men count their wealth in cattle and the women in goats, and their status is revealed by the number of enemies they have murdered.

The season of courtship in Kara villages on the river’s East side and Nyangatom villages to its West is one that enthralls.

The courtship season begins when Karas have leisure time, according to photographers Carol Beckwith and Angela Fisher, who have made several visits to the villages over the years.

Young men go down to the river bank to paint elaborate designs on their bodies using a mixture of chalk and water. The designs will wear off after a day of dancing and be repainted the next morning.

In the village of Nyangatom, men reportedly prepare for courtship dance by painting their bodies under the shade of a tree while a group of attractive young girls with black-and-white-painted faces and short beaded aprons walk out of the village and towards the men to announce the dance.

The men form long lines and jump in unison toward the girls, who had come forward to approach the men one by one, indicating their choice by bowing in front of the desired man.

At this point, the man then chases after the girl and, when he grabs her, the couple gets engaged in a rhythmic dance. 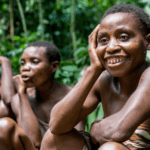 The Kara body painting is peculiar, especially on the occasion of an important visit, where both genders paint their faces and bodies in a bid to reproduce a design that recalls the animals of the Savannah, such as the spotted leopard or the guinea fowl plumage.

However, the practice of painting the body has a dual function, one has aesthetic value because its purpose is to be more attractive to the eyes of the opposite sex, the other function is to arouse fear among the enemies. 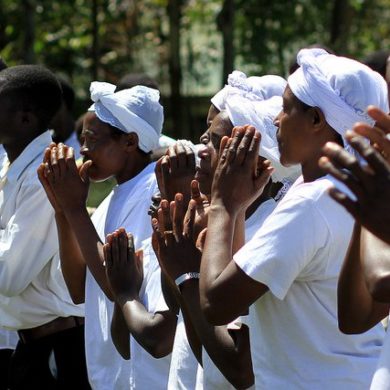