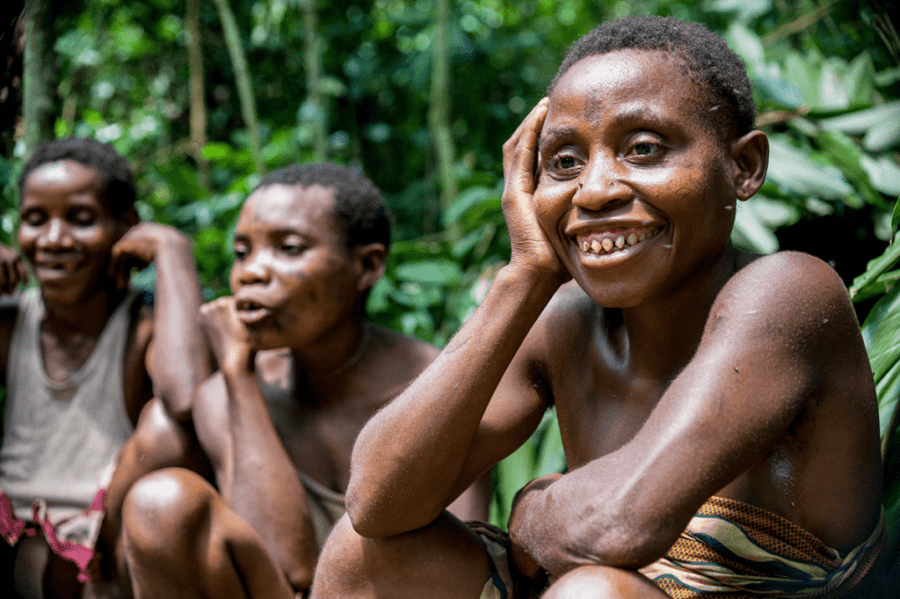 The African Pygmies (or Congo Pygmies, variously also “Central African foragers”, “African rainforest hunter-gatherers” (RHG) or “Forest People of Central Africa”) are a group of ethnicities native to Central Africa, mostly the Congo Basin, traditionally subsisting on a forager and hunter-gatherer lifestyle. They are divided into three roughly geographic groups:

THE PYGMIES OF AFRICA

The term “Pygmy” describes those tribes where the average height of adult males is 4’11” or less. They are scattered across 14 countries in Africa, but most of the 984,000 Pygmies live in six Central African countries.

Historically, Pygmies have been marginalized by governments and are often mistreated. Pygmies are sometimes not considered citizens, are denied identity cards, get evicted from their land, and do not receive proper health care or education.

More than twenty thousand pygmies died during the Rwanda genocide and the Congo civil war. According to experts, churches among other people groups in Central Africa have had trouble accepting Pygmies as fully human. They have remained, largely, unreached.

They are assumed to be descended from the original Middle Stone Age expansion of anatomically modern humans to Central Africa, albeit substantially affected by later migrations from West Africa, from their first appearance in the historical record in the 19th century limited to a comparative small area within Central Africa, greatly decimated by the prehistoric Bantu expansion, and to the present time widely affected by enslavement and cannibalism at the hands of neighboring Bantu groups.

Why are they so short?

Various theories have been proposed to explain the short stature of pygmies. Some studies suggest that it could be related to adaptation to low ultraviolet light levels in rainforests. This might mean that relatively little vitamin D can be made in human skin, thereby limiting calcium uptake from the diet for bone growth and maintenance, and leading to the evolution of the small skeletal size.

Other explanations include lack of food in the rainforest environment, low calcium levels in the soil, the need to move through dense jungle, adaptation to heat and humidity, and as an association with rapid reproductive maturation under conditions of early mortality. Other evidence points towards unusually low levels of expression of the genes encoding the growth hormone receptor and growth hormone compared to the related tribal groups, associated with low serum levels of insulin-like growth factor-1 and short stature.

African pygmies live in several ethnic groups in Rwanda, Burundi, Uganda, the Democratic Republic of the Congo (DRC), the Republic of Congo (ROC), the Central African Republic, Cameroon, the Equatorial Guinea, Gabon, Angola, Botswana, Namibia, Madagascar, and Zambia. There are at least a dozen pygmy groups, sometimes unrelated to each other. The best known are the Mbenga (Aka and Baka) of the western Congo basin, who speak Bantu and Ubangian languages; the Mbuti (Efe etc.) of the Ituri Rainforest, who speak Bantu and Central Sudanic languages, and the Twa of the African Great Lakes, who speak Bantu Rundi and Kiga. Most pygmy communities are partially hunter-gatherers, living partially but not exclusively on the wild products of their environment. They trade with neighbouring farmers to acquire cultivated foods and other material items; no group lives deep in the forest without access to agricultural products. It is estimated that there are between 250,000 and 600,000 Pygmies living in the Congo rainforest. However, although Pygmies are thought of as forest people, the groups called Twa may live in open swamp or desert.

A commonly held belief is that African Pygmies are the direct descendants of Late Stone Age hunter-gatherer peoples of the central African rainforest, who were partially absorbed or displaced by later immigration of agricultural peoples, and adopted their Central Sudanic, Ubangian, and Bantu languages. This view has no archaeological support, and ambiguous support from genetics and linguistics.

African pygmy populations are genetically diverse and extremely divergent from all other human populations, suggesting they have an ancient indigenous lineage. Their uniparental markers represent the second-most ancient divergence right after those typically found in Khoisan peoples. Recent advances in genetics shed some light on the origins of the various pygmy groups. Researchers found “an early divergence of the ancestors of pygmy hunter–gatherers and farming populations 60,000 years ago, followed by a split of the Pygmies’ ancestors into the Western and Eastern pygmy groups 20,000 years ago.

In the Republic of Congo, where Pygmies make up 2% of the population, many Pygmies live as slaves to Bantu masters. The nation is deeply stratified between these two major ethnic groups. The Pygmy slaves belong from birth to their Bantu masters in a relationship that the Bantus call a time-honored tradition. Even though the Pygmies are responsible for much of the hunting, fishing and manual labor in jungle villages, Pygmies and Bantus alike say Pygmies are often paid at the master’s whim; in cigarettes, used clothing, or even nothing at all. As a result of pressure from UNICEF and human-rights activists, a law that would grant special protections to the Pygmy people is awaiting a vote by the Congo parliament. 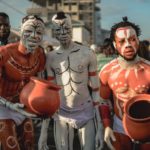 Why Chale Wote Festival Is The Perfect Introduction To Ghana During The Year Of The Return.

Pygmies.org is a website dedicated to the hunter-gatherer peoples living in Central African rainforests, commonly called Pygmies. The main aim of these pages is to provide an introduction to their cultures and to promote their protection, documenting their richness and showing some of the factors that increasingly threaten their survival. 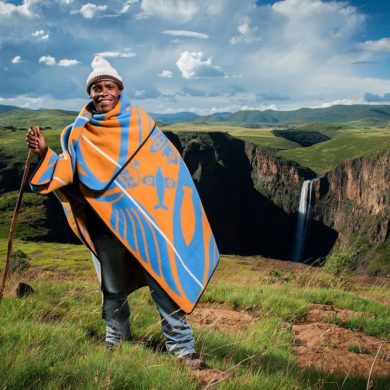 History behind the Basotho Heritage Blankets