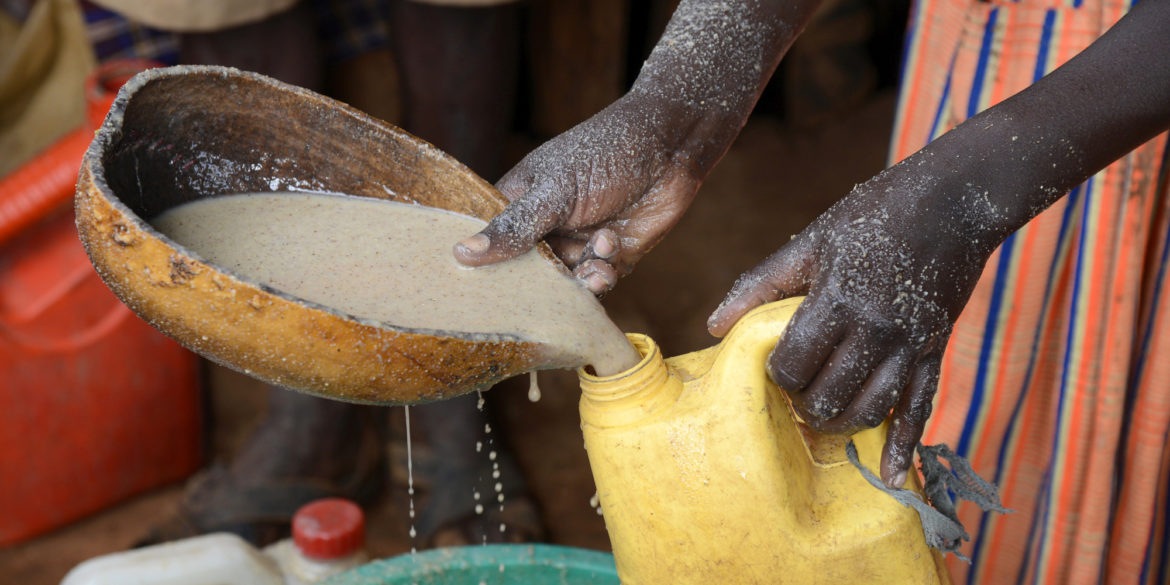 History of African Tradition Beer and How to Make it.

With South Africa banning alcohol sales during they’re lockdown in flattening the curb against COVID-19, they have turned to a more traditional way of making beer and this has become the most searched question on google in South Africa.

Data published by the World Health Organisation shows that South African consumers of alcohol are some of the heaviest drinkers globally, despite relatively high levels of abstinence in the population.

Ok, enough of the serious stuff lets get to the history of Umqombothi (African Beer) and how to make it.

History of Traditional Beer in Africa

Africa, Traditional Brewing In, has a long history. The ancient Egyptians brewed beer and tribes throughout the African continent also brewed beer long before any European settlers brought their brewing techniques to Africa. Beer in Africa today has two main influences: tribal traditions passed down for centuries and European settlement. Europeans, especially the Dutch and British, brought different techniques and expertise to brewing starting in the 15th and 16th centuries. Traditional tribal brewing methods are, however, still a strong part of African brewing culture.

Traditional brewing methods have remained an important activity throughout Africa despite commercial breweries producing variations of traditional African beers. It is still a key aspect of the rural economy, where traditional beer is brewed for local markets. It is also brewed for all varieties of ceremonial and cultural occasions and gatherings.

Traditional brews go by many different names depending on the location. Southern Africa has chibuku, umqombothi, utshwala, joala, and doro, depending on the subregion, and western Africa shakparo. Kenya has chang’aa, Botswana khadi, Central Africa Republic hydromel, and Ethiopia araque, katila, and talla. Botswana, Zambia, and Malawi all have chibuku shake-shake (a commercial variety made from sorghum and maize). In Zimbabwe, shake-shake is called “scud.” Uganda has tonto, mwenge, murumba, marwa, kweete, and musooli. Ghana has pito, burukutu, and akpeteshie.

By any name, sorghum beer is the traditional beer of Africa. It is also referred to as opaque beer because of its cloudiness. It is made both rurally and commercially throughout the continent. Tribes continue to make their own varieties, using locally available ingredients for additional flavor. Commercial breweries also make different varieties depending on the subregion. 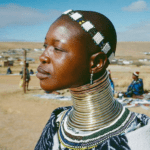 African tribes have been brewing forms of sorghum beer longer than is recorded in history books. Sorghum malt and grain has been the main ingredient for centuries. As the availability of different grain and starch sources grew, maize (corn), millet, and cassava root were used as adjuncts to the sorghum beer to produce different flavors.

How to Make It?

METHOD
Day 1
In a plastic container or bucket, combine the maize meal, 2kg sorghum and six litres boiling water to make a paste. Seal tightly. Put mixture in a dark, warm place to ferment over two to three days.

Day 2
By the second day, the mixture should have started fermenting and bubbles will appear on the surface. Set aside 2 cups of this fermented mixture (imithombo). Boil 2 litres of water in a pot and add all the paste from the bucket slowly while stirring continuously. Reduce heat and allow to simmer for an hour to a porridge consistency. Allow to cool completely.Pour back into bucket and add the 2 cups of fermented liquid you set aside. Stir with a wooden spoon and add 3 litres of cold water and another 1kg of dry sorghum to the mixture. Stir till well combined (drinking consistency). Seal container, cover with a blanket to insulate and return to a dark, warm place to ferment.

Day 3
By the next day, the fermented mixture should smell a little pungent and tiny bubbles will be popping on the surface. Strain the mixture through a kitchen sieve and serve.

Tip: The solid bits of sorghum left behind in the sieve are called izinsipho and may be frozen and used to make a new batch of umqombothi. They help to ferment the beer quicker. 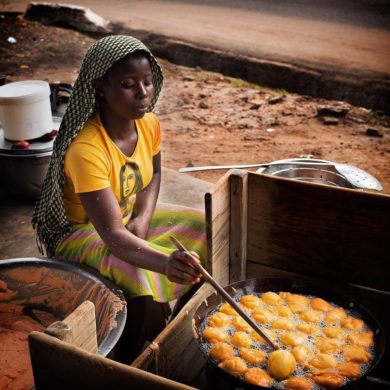