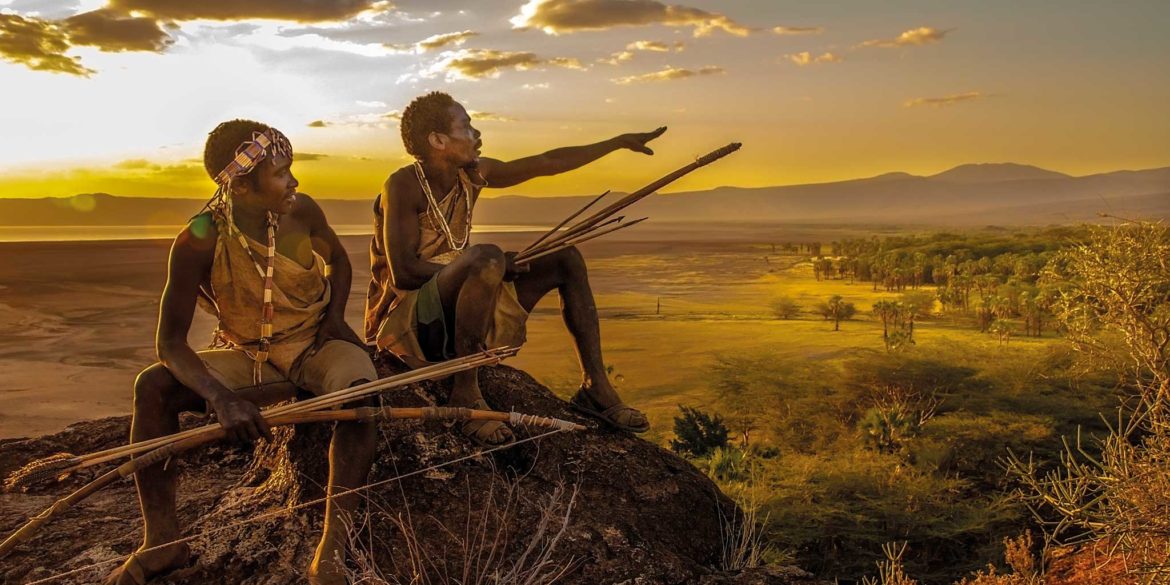 There are 54 countries and one “non-self governing territory”, the Western Sahara, in Africa. All of Africa was colonized by foreign powers during the “scramble for Africa”, except Ethiopia and Liberia. Before colonial rule Africa comprised up to 10,000 different states and autonomous groups with distinct languages and customs. The Pharaonic civilization of ancient Egypt is one of…

Getting to Know Africa

We have put together this crash course on African facts for all those who always wanted to learn something new about Africa.

1. THERE ARE 54 COUNTRIES IN AFRICA

Africa is a huge continent and it is divided up into five sub-sections; North Africa, East Africa, Central Africa, Southern Africa and West Africa. The entirety of Africa covers almost 10 million square miles which makes up more than 20% of the world’s land!

3. THERE ARE MORE THAN 2,000 RECOGNISED LANGUAGES

4. AFRICA IS THE WORLD’S HOTTEST CONTINENT

As you probably already know, Africa has a very warm climate and it is actually considered to be the world’s hottest continent. Around 60% of land is dry and covered by desert, and the Sahara is the world’s biggest desert with temperatures often topping 100°F (or exceeding 40°C). But whilst the hottest recorded temperature on Earth was once in Africa in El Azizia, Libya at 136.4°F (58°C), the continent also has the other extreme with the coldest temperate in Africa being as low as −11°F (−23.9 °C) in Ifrane, Morocco. This just shows the diversity of the different countries here in Africa and the differences don’t end with the climate!

Before colonial rule, Africa was made up of 10,000 different states and autonomous groups, each with their own very distinct languages and unique customs. This pre-colonial, disjointed Africa could explain why there are so many languages spoken and why many of the languages spoken in regions of Africa are not spoken elsewhere

Although it sounds unlikely during the 1960s, Zambia was home to a space program, but it was not a very successful one. It started because a Zambian citizen was intent on beating the Americans and the Russians in being the first to send a man to land on the moon. Asides from the space program, there was also a grant for £7 million that was applied for in order to send 12 astronauts and a cat to Mars but this was denied and the space program failed. This is probably our favourite fun fact about Africa

7. NIGERIA HAS THE HIGHEST NUMBER OF TWINS BORN IN THE WORLD

One of Africa’s largest countries, Nigeria, has been nicknamed “The Land of Twins” by the BBC because it has the highest rate of twin births in the world. Numbers show that twin birth rates in West Africa are actually four times higher here than anywhere else in the world and the centre of it all takes place in a sleepy little town in Nigeria called Igbo-Ora where the last recorded figures revealed an average of 50 sets of twins in every 1,000 births.

8. AFRICA’S SAHARA DESERT IS BIGGER THAN THE USA

As previously mentioned, Africa is the hottest continent on the planet and so much of its land is made up of desert. The Sahara, being the largest desert in the world, is truly vast. Its expansive size is 9.4 million square kilometres – bigger than the entire USA! Another interesting fact about the Sahara is that it is actually growing in size as it’s been expanding in the southern regions at a rate of half a mile per month which equates to six miles per year!

9. THERE ARE LESS THAN 9 MILES SEPARATING AFRICA AND EUROPE

There are many differences in culture between Africa and Europe, firstly because they both host so many different countries with many different cultures. However, at their closest point, they are less than nine miles apart. At the Strait of Gibraltar between Morocco and Spain, there are less than nine miles stretching the distance and now the two countries are in talks about an undersea rail network to make Africa-Europe travel easier and more convenient which would be fantastic for future safari holidays…

10. IT HAS ONE OF THE OLDEST UNIVERSITIES IN THE WORLD

Although many adults are illiterate here, Africa is actually home to one of the oldest universities in the world. Built in the 12th Century, Timbuktu in Mali had become the centre of all intelligentsia and historians have even branded it as the “Paris of Medieval times”. The University of Timbuktu was built in 982 CE and it is one of the oldest known educational establishments.

11. AFRICA IS HOME TO THE WORLD’S BIGGEST FROG SPECIES

It may actually not be surprising that the world’s largest frog species resides in Africa. It is named the Goliath Frog and can grow up to a foot long in size and can weight up to 8lb (heavier than the average human new born baby!). This cute little (or not so little) creature may be big but it’s harmless and is found in Equatorial Guinea and Cameroon.

12. IT’S THE BIGGEST SINGLE SOURCE OF GOLD THROUGHOUT MINING HISTORY

As we said earlier, Africa is home to some great resources sought after by the Western world. Almost half of the gold ever mined on Earth has come from Africa, and more specifically, from Witwatersrand in South Africa. Despite the decline in production, gold exports were valued at $3.8 billion USD back in 2005. South Africa is also famous for its diamonds, although Botswana lead the way in terms of production.

African elephants are the largest living land animals; they are so big in fact that they can weigh over six tonnes and be up to seven metres long in size. They are often compared to their Asian relatives but they have many distinctive differences, including the fact that they are bigger in size! They also have much larger ears, have more wrinkles and more rings on their trunks than their Asian relatives. These are a fantastic species and one to look out for when you are next on safari… 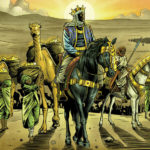 14. TUNISIAN BUILDINGS ARE MADE WITH FISH BONES

In Tunisia, which is a North African country, fish are considered to have a supernatural significance to many people and they use them to guard against evil spirits. Some families will just use pictures of fish in their homes as protection but there are many houses here that have been built with fish bones embedded into the walls and floors in order to protect the inhabitants from the evil spirits.

15. AFRICANS HAVE BEEN AWARDED THE NOBEL PRIZE

Nobel Prizes have been received by Africans. It is a small but prestigious list with notable winners being Nelson Mandela, Archbishop Desmond Tutu, Kofi Annan and the most recent Denis Mukwege

16. SUDAN HAS MORE PYRAMIDS THAN EGYPT

The country of Egypt may be famous for its pyramids but many people don’t realise that the country of Sudan, in Africa, has a total of 223 pyramids. This is twice the amount of pyramids that Egypt has! These forgotten pyramids are the Meroe Pyramids; these once made up the capital of the Kingdom of Kush, ruled by the Nubian kings.

The Netherlands are most renowned for their windmills but South Africa is actually the home to 280,000 windmills. These can be found on farms across the country and the numbers here are much higher than the Netherlands’ figures which have only ever recorded the total of 10,000 windmills.

18. MOUNT KILIMANJARO IS THE HIGHEST POINT IN AFRICA

Mount Kilimanjaro is a popular destination and one that many people from all over the world take on as a challenge here in Africa. You may not know that Mount Kilimanjaro in Tanzania is the highest point in Africa. It is as high as 19,340 feet above sea level and it’s one of the biggest challenges for professional climbers today. However, it is one of the most dangerous climbing expeditions and more than 1,000 people are rescued every year, with an annual death rate of around 10 people on average which means that this climb is definitely not for the faint hearted!

19. EL AZIZIAIN LIBYA WAS RECORDED AS THE HOTTEST PLACE IN THE WORLD

A few years back, El Azizia in Libya, North Africa was considered to be the hottest place in the world. Questions were raised about the authenticity and accuracy of the recorded 58°C high and has since been overturned by investigative scientists. However, it has recently been stripped of its title as records have shown a recorded temperature of 56.7°C (134°F) in Death Valley, California back in 1913. However, title or no title, El Azizia is still a very hot place…

Lake Malawi is one of the most beautiful safari and beach destinations in Africa and it’s also home of the largest number of fish species which may or may not surprise you! There are around 500 different types of fish, more species than in any other lake in the world so make sure that you keep a look out for some interesting ones when you get the chance to go. 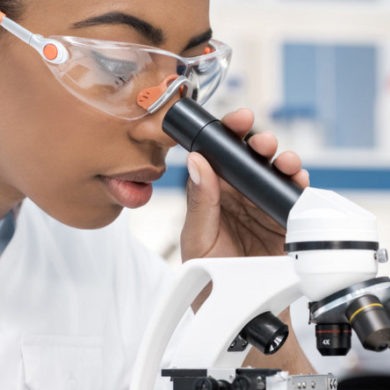