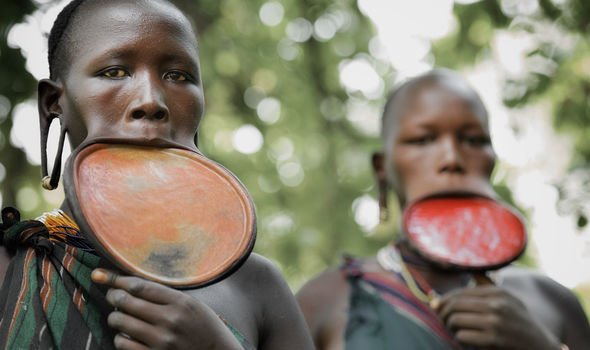 In the West, the process of body modification (any form of purposeful permanent alteration to the body to change its appearance) is generally a matter of personal preference, but there are other cultures in which body modification is expected or required to be part of society.

In Africa, tattoos and other forms of body modification can symbolize your age, social status, beliefs, religion,…etc. Some tribes use body modification to symbolize different traits, such as goodwill, diplomacy, wealth, creativity, and wisdom. They can also be used for different ceremonies, and for rites of passage.

Here are some of those cultures and the modifications some African tribal groups perform on their bodies.

There are aesthetic, religious, and social reasons for scarification. For example, scarification has been widely used by many West African tribes to mark milestone stages in both men and women’s lives, such as puberty and marriage. It is also used to transmit complex messages about identity; such permanent body markings may emphasize fixed social, political, and religious roles. Tattoos, scars, brands, and piercings, when voluntarily acquired, are ways of showing a person’s autobiography on the surface of the body to the world.

Tribe members unwilling to participate in scarification were generally not included in the group’s activities. According to anthropologist Grace Harris, group members lacking the normal characteristics consistent of the group are not considered as acquiring the full standings as agents in their society, they would also lack the capacity for meaningful behavior, such as greeting, commanding, and stating. Therefore, scarification can transform partial tribe members into normal states entirely accepted by the group. Scarification a form of language not readily expressed, except through extensive and intricate greetings, gives the ability to communicate fully which is a key element for being considered as a normal member of the group.

Read also: The history of scarification in Africa

Today, the art of scarification is changing in Africa, and can mostly be spotted on elders. Mostly because of fears of HIV transmission via blades, and also because of the shame encountered. It is a culture which was once loved and is now despised. Ironically, people in western societies go under the knife to perfect their bodies; they prefer to hide their scars (it is also not on their faces)! Moreover, with the advent of identification cards, the need for scarification has also reduced.

Also read: The evolution of scarification

One of the most intriguing body modification practices was the teeth sharpening ritual that prevailed in parts of Africa, particularly, central Africa, eastern and southern Africa in the early 18th century. Although they also modified the body with tribal marks, which is more popular in West Africa, for many ethnic groups in Central and southern Africa, tattooing and teeth sharpening were more prevalent with the latter being the most popular.

The teeth sharpening ritual is most popular among the Makonde people in southeast Tanzania and northern Mozambique, the majority of ethnic groups in the Democratic Republic of Congo including the Bopoto and the Zappo Zap people. Some tribes in the Central African Republic, the Bemba of Zambia, and even the Yao of Malawi and parts of Zambia also practised the teeth sharpening ritual.

The Surma people is made up of three ethnic groups: The Mursi, the Suri, and the Mekan people. The Suri and the Mursi share a similar culture. Their women’s beauty is determined by how large their lip plate is.

The Mursi, Chai and Tirma are probably the last groups in Africa amongst whom it is still the norm for women to wear large pottery or wooden discs or ‘plates’ in their lower lips. The lip-plate (dhebi a tugoin) has become the chief visible distinguishing characteristic of the Mursi and made them a prime attraction for tourists. A girl’s lower lip is cut, by her mother or by another woman of her settlement, when she reaches the age of 15 or 16. The cut is held open by a wooden plug until the wound heals, which can take around 3 months. It appears to be up to the individual girl to decide how far to stretch the lip, by inserting progressively larger plugs over a period of several months. Some, but by no means all, girls persevere until their lips can take plates of 12 centimetres or more in diameter.

We see this representation of lip plates being made in the Afro-futuristic film ” black Panther as well, this just shows that the ritual and tradition is not dead amongst both men and women.

Read also: The beauty in what looks like torture that comes with Lip Plates.

The lip-plate has become the chief visible distinguishing characteristic of the Mursi, in coffee-table books and travel articles in weekend newspapers (see Figs 1 and 2). It has also made them a prime attraction for tourists, as the following quotation from an article in a South African newspaper indicates:

History of Tattoos In Africa
The first evidence of tattoos leads back to the mummies in Egypt. The oldest tattoo was found on the mummy of Amunet, a priestess of the Goddess Hathor, during 2160-1994 BC. The mummy’s simple tattoos were parallel lines on her arms, legs, and an elliptical pattern below her navel. Interestingly, no male mummies found in Egypt had their body adorned with tattoos. Egyptologists, today, are of the opinion that these designs symbolized fertility and rejuvenation in women. However, male mummies that have been found in other parts of Africa, such as Libya, have tattoos of images relating to sun worship, on their body. 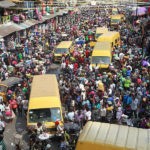 Africa has a third of the world’s languages

Tattoos among the Fula people of Mali
The Fula or Fulani women’s symbol of beauty and courage are black lips tattoos. They uphold a “Tchoodi” ceremony that is a cultural identity and ritual performed exclusively by women and the tradition serves as a right of passage, a sign that girls have achieved womanhood. Girls must perform Tchoodi to avoid the mockery or outcast status. These distinctive black lip tattoos make the girl or young woman more attractive to Fula men as potential wives.

Another ethnics group that practice the culture of face tattooing is the Wodaabe also known as the Mbororo or Bororo, who are a small subgroup of the Fulani ethnic group. They are traditionally nomadic cattle-herders and traders in the Sahel, with migrations stretching from southern Niger, through northern Nigeria, northeastern Cameroon, southwestern Chad, western region of the Central African Republic and the northeastern of the Democratic Republic of Congo

The Wodaabe tattoo their faces with traditional designs some of which, like the triangular pattern at the corner of the mouth, offer protection against the evil eye.

Face Tattoo Among The Tsemay People

Also known as Tsemako or Tsamay, the Tsemay belong to the lowland east Cushitic family in which the Dassanatch and the Arbore are also part.Tsemay live as agro – pastoralist and are only 10,000 people. Their neighbors include the Konso to the east, the Bana – Bashada group to the west, the Male to the north, and the Arbore to the south. The Tsemay society does not have a custom, which emphasizes on the availability of girls virginity until their official day of mariage but their culture strictly prohibits the girls from bearing a child out of this relation.

Excepting their honeymoon time, Tsemay couples do not eat together at home from the same plate for the whole of their life. The traditional costume of the Tsemay women involves a leather outfit. While married women’s leather apron is wide and can cover both sides of the legs, that of the unmarried is a short skirt with a long v-shaped leather apron which is only enough to cover the backs of the legs.

Did we miss any other form of Body Modification performed in Africa?
Let us know in the comments below. 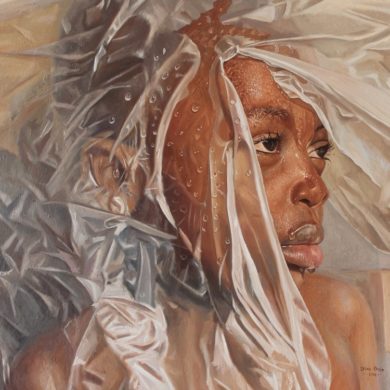